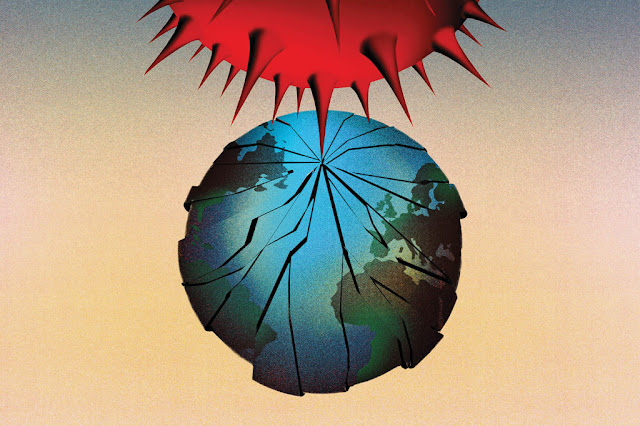 Is Coronavirus getting weaker? The latest data shows that the intensity of Coronavirus is low when compared with data from the months of March and April. The cases in the USA, UK, and other European countries are climbing but there’s some good news, the mortality rate in these countries is now at its lowest.

According to research at Oxford University, the mortality rate of coronavirus in England has dropped from 6% to 1.5% between April and June. The research also suggested that the low mortality rate could be because of:
These and many other arguments were included in the research and all the given factors could’ve contributed to the declining death rate in hospitals. But one could also argue that drugs like remdesivir and dexamethasone are also showing some good results in the treatment of coronavirus. Especially for the patients that are on ventilators.

In the US, there are nearly 3m COVID-19 positive cases in the country and they just record the highest number of cases in a single day. There were 52,609 new cases reported on July 1 and the numbers are growing at an alarming rate. But, the death rate in the country is declining slowly. In the month of April and May, an average of 1000 people lost their lives every day but since June, we’re seeing a declining death rate in hospitals.
Quick Survey

The chart above clearly shows that the virus is spreading at a very fast pace and after the government of the US eases the lockdown, there are now more cases than ever in the country. And with everything going in the country with all the protests and rallies, it is only going to get worse.

The death chart above shows that the mortality rate is declining in the country but people still need to take th necessary precautions. We might see the lowest death count from the coronavirus this month but if people are not careful then those who are already suffering from health issues can have some serious problems.

France was hit really hard by the COVID-19 and had over 166K infected patients. Out of which, nearly 77k people were able to fully recover from the deadly virus while nearly 30k people lost their lives in the fight against the COVID-19.
The latest reports show that France has managed to get control over the deadly virus and the timely lockdowns have significantly decreased the number of new Coronavirus cases. From thousands of new cases in a single day to just a few hundred cases in the month of June.

The death rate is also declining at the hospitals and recently, they recorded a single-digit death count after nearly 3 months. At this pace, France is expected to be Coronavirus free by the end of August.

It is not yet proved that Coronavirus has lost its intensity but the numbers that we’re seeing definitely show that there’s a significant difference between the mortality rate from two months ago.
Stay Home! Stay Safe!