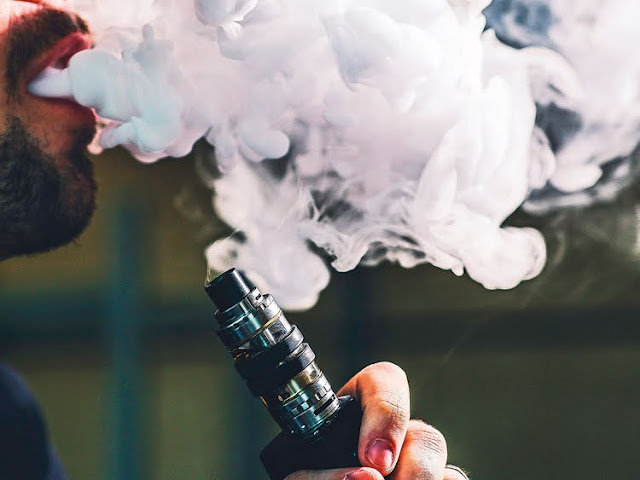 There are millions of people who are using an e-cigarette (vapes) in 2020 and the numbers that we’re seeing are more than 5 times more when compared with 2012 stats. Vaping is getting popular in the world and trending in many social circles. Especially teens are spending thousands of bucks on vapes. Similarly, CBD consumption is also on the rise and many people around the world are consuming CBD-infused products. While there are many advantages of using CBD, there are also some risks that you should be familiar with.

Starting with vapes, usually, they are very safe but when you’re going with cheap-vapes then there’s a possibility that you might be consuming more toxic chemicals than you should be. These cheaply-made vapes contain a lot of toxic chemicals that are really harmful to your health and can cause some serious problems for you.

These toxic chemicals are especially very harmful to your lungs. A study published by the National Institute of Health (NIH) suggests that vaping has been found to potentially cause cell mutation, leading to an increased risk of lung cancer in mice. Most of the time, the cause of lung cancer was due to the use of cheaply-made e-liquids and vapes.

Many vape products made the headline a few months ago when a very large number of users were admitted to the hospital after using contaminated vapes. Nearly 2800 people in the US were reported having lung-related issues due to the use of contaminated vapes and out of which, 60 people lost their life. It was later revealed that the complications were the result of contaminated vapes and e-liquids that were very toxic. It was also reported that Juul – one of the biggest tobacco company in the U.S, imported more than 1 million contaminated pods. They were later sued for their actions.

It’s already known to many that CBD can be consumed in so many ways but most people still prefer vaping to get their daily dose of CBD. But, the combination of CBD and Vaping has its own advantages and risks that should be considered.

The most common practice to inhale CBD is through the CBD cartridges which are slim disposable e-cig tanks filled with ‘e-juice’. Directly using the CBD oil isn’t the best way to consume CBD because not all the products are designed that way. There are some complications to using such products. If you are thinking about vaping CBD, you should always make sure that the product that you’re going to use was specifically designed for this purpose. Vaping CBD oils, as opposed to e-liquids, can cause health complications associated with the lungs.

Some Advantages that You Should Know

Vaping is one of the purest ways to consume CBD because it takes only a few mins to feel the entourage effect on your body. After vaping, you will feel more relaxed and if you’re suffering from any chronic pain, you’ll get instant relief.

Before inhaling, make sure that the substance that you’re using does not contain “Propylene Glycol (PG), CBD extract, Vegetable Glycerin (VG), cannabinoids, and terpenes because they are not suitable for inhalation.”

The label must be crystal clear in indicating that the vaping product is suitable to inhale. If you’re not sure or buying a new product in the market for the first time then we’d recommend investigating a bit more about the product before using it.

In conclusion, we’d recommend the use of caution when vaping CBD but if you’re an old-timer then you should be fine as long as you know what you’re doing.