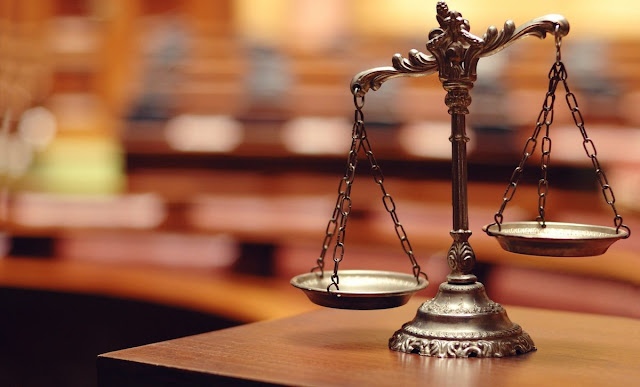 During their professional training, health care practitioners take courses in medical law and regulation. And today, many states require practitioners, particularly high-risk professionals like physicians, to take some form of continuing education for risk management, to reduce the possibility of an error leading to a lawsuit.

Also, such education is often necessary for purposes of renewing state licenses or registration. Risk in this context refers to the legal liability or malpractice cases that may be brought by a patient or family member against the practitioner (physician, nurse, pharmacist, etc.) along with the entity (for example, the hospital) that employs the practitioner. Frequently, this includes a lawsuit against many practitioners as well as the entity.

There are multiple forms of risk in today’s health care environment that can expose any provider to a potential lawsuit. This article discusses two cases that are not uncommon examples of such lawsuits, in which one or more drug therapies and multiple providers may be involved. One case involved a hospital death, and the second involved severe hypoglycemia that resulted in brain damage. Both patients were young-tomiddle-aged men. Experts who testifi ed in both cases referred to regulations, pharmacy laws, professional association best practices, professional standards of practice, and published literature supporting their opinions that the defendants had departed from or failed to implement the standards and regulations, which led to serious injury and a fatality.

A 34-year-old man with acute bronchitis presented to the emergency department with increasing shortness of breath, worsening cough, and chest pain. He was treated with nebulizers and prednisone. A one-hour nebulization failed to improve his pulmonary function, so he was admitted to the hospital with a diagnosis of “asthma exacerbation.”

The following day at noon he complained of chest pain with breathing. An order was given for Toradol (ketorolac tromethamine) 30 mg IV, which was electronically signed for by a pharmacist at 12:07 P.M. The Toradol was administered IV at 12:51 P.M. Within 14 minutes of administration, the patient suffered severe bronchospasm.

A “code blue” was called at 1:35 P.M. The the patient was intubated and transferred to the intensive care unit, where he remained until his death one week later. An expert pharmacist (JTOD) opined that the standard of care, state pharmacy law (Drug Utilization Review [DUR] regulations), American Society of Health-System Pharmacists’ (ASHP) Best Practices,1 American Pharmacist Association Standards of Practice,2 and the defendant hospital’s own policies and procedures required the pharmacist to prospectively review and assess the patient’s medication orders in relation to his diagnosis, and pertinent clinical information, before the first dose of the medication was administered, and that a deviation from this requirement had occurred, resulting in the patient’s death. Briefly, the standard of care required the pharmacist to provide a warning or an alert regarding a possible adverse drug event (ADE) associated with the use of toradol in a patient experiencing asthma exacerbation.

Hospital policies dictated that the pharmacist review all orders and perform a DUR for allergies and drug– disease interactions. The pharmacist’s defense was that the patient’s record did not indicate an allergy to toradol or to any nonsteroidal anti-infl ammatory drugs (NSAIDS), and that there was no diagnosis of “asthma.” Available literature provided support for the risk of severe respiratory compromise in patients who are reactive to NSAIDs: the package insert warned about the risk, and the hospital’s intranet pharmacology literature contraindicated the use of toradol in patients with asthma.

The case was scheduled for trial but was settled by the hospital and prescribing physician on the eve of trial, with a settlement being paid to the deceased man’s family. In this case, standards, best practices, pharmacy law, and hospital policies were used to prove the departure from the standard of care and the pharmacist’s negligence, and how that contributed to the patient’s death.

A middle-aged man had suffered a seizure as a result of benzodiazepine withdrawal and developed acute renal failure. The case was scheduled for trial at the time this article went to press. After the seizure and acute renal failure, the patient was transferred to the defendant hospital for skilled rehabilitation and dialysis. While there, he suffered refractive/prolonged hypoglycemia (blood glucose of 18 mg mg/dL) but had not been prescribed insulin or oral sulfonylureas (SU). Experts for the plaintiff opined that he must have received insulin or SU because of medication error.

As the patient with hypoglycemia had conditions requiring one or more drugs, both a pharmacist and a nurse testified in the case. They identified many topics focusing on multiple aspects of professional practice: pharmacy operations and supervision; applicable standards of practice, and breaches; liability regarding all aspects of stocking, dispensing, administering, and reconciling medications, and how such systems facilitate medication errors; all aspects of pharmacy operations in a facility hospital, applicable standards of practice related to such operations and how those were breached, and the proximate cause of the plaintiff’s injuries; and relevant literature in this area of medicine.
They further testified that because the patient must have received insulin or SU, as he developed hypoglycemia, the nurses and pharmacists must have deviated from the standard of care. Specific deviations included failure to resolve all automatic dispensing cabinet (ADC) discrepancies, failure to supervise the pharmacy technician’s filling of the ADC, failure of the nurse to confirm the accuracy of the ADC replenishment, and failure to investigate and file an adverse drug reaction report and perform a root cause analysis (because there must have been a medication error!).
The treating physicians had included possible insulin or SU exposure in the differential diagnosis but ruled them out, as there was no evidence that a medication error had occurred. They suspected that renal failure had caused the hypoglycemia.
The hospital’s pharmacist expert, Dr. O’Donnell, denied any violations of any standards, laws, regulations, or hospital policies, and articulated that the sources failed to provide any support for the opinions of the plaintiff’s expert pharmacist. He testified that after careful review of pharmacy laws, standards of practice, Institute for Safe Medication Practices’ ADC Guidelines4 , ASHP best practices1 , and the hypoglycemia literature, the standards and reference sources relied upon and cited by the plaintiff’s expert pharmacist did not provide any support for his claims of deviations. Further, the hypoglycemic and pharmacokinetic literature did not support causation, or the opinion that it must have been insulin or an SU that caused the hypoglycemia. He also testified that the use and supervision of the technicians was appropriate and violated no standards, laws, regulations, guidelines, or policies.

Aspirational goals are crucial in settings where provider care can expose parties to risk, regardless of whether legal exposure is right or wrong. Note that the court considers all forms of confirmation surrounding standards of practice agreed upon by the majority of professionals. Federal and state laws, various professional and/or state licensing board standards, best practices and literature, and practice guidelines establish standards of care.6 If an injury occurs, hospitals and pharmacists may have to defend themselves against claims. In Case 1, the sources clearly proved a deviation from standard of care, while in Case 2, the sources relied on by the plaintiff did not support allegations of deviation. Health care professionals must remain knowledgeable about the wide range of practice standards to ensure adherence to professional practice within any care setting.