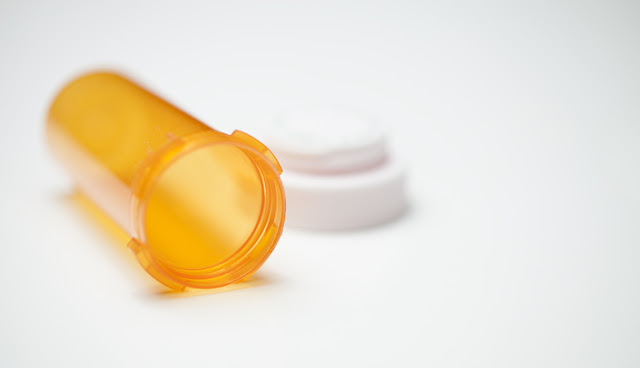 For more than a decade, drug shortages have made headlines. Shortages also have forced P&T committees in many hospitals and health care delivery organizations to make contingency plans for providing safe and effective therapies when conventional and preferred drugs are not available. An article published in P&T in 2011 described several concerns associated with drug shortages and substitutions, including safety risks, cost implications, and the domino effect that shortages can have when the inability to acquire one agent leads to unexpected demand for another.
The passage of health care reform legislation (the Patient Protection and Affordable Care Act) encouraged the formation of new entities that share in the savings generated from following best practices, avoiding duplication and waste, and coordinating care across sites of service.2 Such groups include accountable care organizations (ACOs), integrated delivery systems, hospitals, and provider groups that enter into bundled payment arrangements. In many cases, these entities take on some degree of financial risk, which gives them incentives to find efficiencies inpatient care.
By assuming responsibility for improving patient outcomes and generating cost savings, however, these entities also incur increased legal risk. Within this context, it becomes important for health care providers not only to assess how drug shortages may affect their ability to deliver safe, cost-effective care but also to implement action plans that can help to mitigate the legal risks.
This article explores how the potential for medication errors, costs, and efficacy concerns create legal risks for emerging health care provider organizations.

Drug shortages always increase the risk of medication errors. These mishaps can occur more frequently during periods of a shortage because physicians and various prescribers are forced to turn to other agents, product forms, or drug concentrations with which they might not be familiar.
Even if an appropriate substitute exists, clinicians might not be aware of conversions for dosage adjustments, thereby increasing the chances of over-medicating or undermedicating patients. Nurses, pharmacists, and physicians responding to emergencies might even select the wrong drug in a moment of crisis. A substitute agent can impose a higher risk because of the potential for reduced efficacy, increased adverse effects, or both.3
Two cases recently brought to light illustrate how some situations can play out.

A shortage of propofol (Diprivan, APP/Fresenius Kabi) led a hospital to substitute methohexital (Brevital, JHP/Monarch/King). The hospital purchased multiple-dose 2.5-g vials despite the availability of a 500-mg vial. After the operating room (OR) pharmacist dispensed a 2.5-g vial directly to the anesthesiology department, the anesthesia staff diluted the solution incorrectly. The patient received an eightfold overdose, had an immediate cardiac arrest, and died. The patient’s family sued the hospital, which settled after litigation.
This risk could have been avoided by ordering the 500-mg vial of methohexital from the wholesaler. If the methohexital 2.5-g vial had been the only item available, the OR pharmacy should have prepared the syringes for the anesthesia staff. OR pharmacies exist only in a minority of hospitals; in most hospitals, however, the hospital pharmacist should perform a special dilution.
In light of the serious implications of drug shortages, the presence of an OR pharmacist or additional staff inservices can be worth the investment. Costs, of course, play a role in an assessment of staffing needs, but risk management has not typically been a driver for decision-making. Training in compounding is not a focus of today’s undergraduate pharmacy school curriculum, so knowledge gaps exist where, in the past, compounding was part of the pharmacy service. Poor understanding of the roles of various staff members in compounding, mixing, or administering drug products may represent a systemic problem that needs to be addressed by a multidisciplinary team using quality-management strategies.
This case also illustrates the importance of obtaining input from the staff physician when common drugs are in short supply. The rationale for purchasing decisions and determining appropriate substitutes are borne out of policy decisions by the hospital’s administration, pharmacy department, and P&T committee. The lack of multidisciplinary involvement over a relatively simple and potentially harmless approach to dealing with shortages exposed the organization to adverse legal and financial consequences as well as to bad press in a competitive health care market.

Hydralazine (Apresoline, Novartis) and atropine don’t sound alike, but manufacturers of the two products produced vials that look alike. The literature on sound-alike/look-alike drugs (SALAD) recommends obtaining pharmaceuticals with distinctive labeling to avoid the risks associated with look-alike labeling.4 At the peak of the hydralazine shortage, only one manufacturer remained—and it used the same blue color on its vial label used by the manufacturer of one hospital’s atropine supply. A pharmacy technician loaded the atropine vial into the crash cart where the hydralazine should have been. The end-user, a nurse, caught the error.
Fortunately, this incident had a happier ending than the previous case involving methohexital; the nurse averted a situation in which the patient could have received an antimuscarinic agent instead of an antihypertensive drug. The opportunity presented a teachable moment, and since then, the hospital pharmacist has instituted a rechecking procedure using bar codes to ensure that this kind of mistake does not happen again.
Many other medication errors associated with drug shortages have undoubtedly occurred,5 but few have worked their way through the litigation process to become public knowledge. Moreover, hospitals are understandably reticent to publicize their mistakes, and most lawsuits related to medication errors are quickly and quietly settled out of court.
With the proliferation of ACOs and other provider groups that bear financial risk, however, we may soon begin to hear about more such incidents. Some of the requisites for a successful ACO (e.g., standardization of care practices across providers, provider network integration, and the ability to conduct root-cause analyses after an adverse event—not to mention the ethical considerations inherent in a capitated environment) call for operational and cultural transitions. For ACO providers, such a shift can result in several new avenues for legal exposure.6

ACOs and other risk-bearing entities face financial pressures to deliver care in a timely, cost-effective manner. Similarly, integrated delivery systems and hospitalled ACOs can incur penalties for Medicare patient readmissions stemming from ineffective acute-care hospital stays7 and “never-events.”8 At the same time, drug shortages have increased administrative costs, such as those associated with managing inventories, planning therapeutic regimens that deliver optimal outcomes, and making decisions about appropriate drug substitutes. In one study, the annual cost of labor associated with managing drug shortages was calculated at $216 million nationally.9
Increased administrative expenses, as well as higher acquisition costs for some substitute products, may force risk-bearing provider organizations to look elsewhere for cost efficiencies (e.g., purchasing multiple-use vials of methohexital). P&T committees in these organizations, then, must re-emphasize safety when making shortage-driven choices. This responsibility comes down from an organization’s medical executive committee and the Joint Commission as a charge to oversee drug-related patient safety matters within their organizations.
Oncology presents common examples of difficult situations facing care-delivery organizations. Chemotherapy agents, particularly cytarabine (DepoCyt, Sigma-Tau/Enzon) and leucovorin, have been subject to shortages. Chemotherapy drug shortages are generally more critical than many others because of the lack of equivalent alternatives for most agents.10
Cytarabine is the primary chemotherapeutic agent used to manage leukemia. Many treatment centers had to ration the drug, giving priority to patients considered to need it most urgently. The cytarabine shortage has received a good deal of attention because this drug can be highly effective for treating several forms of leukemia and lymphoma, but it must be administered as quickly as possible after diagnosis. The lack of supply has also been particularly worrisome, because there is no substitute for treating acute myeloid leukemia, according to oncologists.11
Other shortages have direct cost implications. The difficulty of finding paclitaxel (Taxol, Bristol-Myers Squibb) has forced the substitution of docetaxel (Taxotere, Sanofi), which in turn has driven up the cost of treating women with newly diagnosed ovarian cancer. In a study quantifying this effect, paclitaxel therapy was compared with a docetaxel-based drug shortage substitute regimen. The mean cost of six cycles of paclitaxel 175 mg/m2 was $4,939. In the drug-shortage group, the mean cost of six cycles of docetaxel at a dose of 75 mg/m2 was $16,107—more than a three-fold increase. The authors concluded that a drug shortage affecting approximately 50% of women initiating chemotherapy (about 779 women per month) would cost third-party payers an additional $8.7 million each month.12
Another study described negative clinical outcomes associated with substituting cyclophosphamide (Cytoxan, Bristol-Myers Squibb) for mechlorethamine (Mustargen, Lundbeck). Mechlorethamine is routinely used to treat lymphoma, but supplies became limited in 2009. In a retrospective comparison, cyclophosphamide was significantly less effective, with a 2-year, event-free survival rate of 75% compared with 88% for the mechlorethamine regimen.13
The costs and clinical outcomes described in these cases illustrate the P&T committee’s core responsibility: to construct a formulary that includes safe, effective, and cost-effective drugs. Failure to focus on all three of these in the context of a medication shortage can have negative financial or legal effects on risk-bearing providers.

Reports of medication errors and the unforeseen clinical and financial consequences related to shortages provide lessons for P&T committees. With medical staff consensus, protocols should be established to restrict short-supply drugs to patients based on clinical priority. Similar protocols have been used for decades for high-alert/high-toxicity medications, such as neuromuscular blockers, high-dose sedatives in procedure rooms, and intravenous push medications limited to the intensive-care unit.
Educational alerts can be programmed into the hospital’s software. When a drug in short supply is ordered, for instance, an alert can be implemented to inform physicians of the shortage and to provide another pathway for prescribing. In one hospital, such an alert resulted in a 55% relative reduction in methylprednisolone use and an average reduction of more than three orders each day, thus conserving supplies of the medication.14 Similar alert applications have high potential for positively influencing physician-prescribing behavior. When such a system is implemented, the professional staff should be educated about possible protocols that could be put into practice and about hospital drug-substitution policies.
Transparency has become an acceptable bulwark—as well as an expectation—for handling patient-care errors at many hospitals, generally reducing their litigation risk. Policies should include a requirement to alert quality assurance or risk-management personnel, as well as the legal division responsible for contingency plans for drug shortages, about any undersupply that could affect patient care.
Certainly, there can be no liability for failing to have a drug that can’t be ordered. However, we can ensure that short-supply drugs are given only to appropriate patients and that safeguards are in place to prevent predictable errors and patient injuries. If these steps are not taken, a hospital could be liable for financial damages and could face Joint Commission citations.

Medication errors are not new, and their ramifications are well chronicled. However, the potential legal exposure that they create for ACOs and other new risk-bearing providers has emerged as a novel and somewhat different threat. Pharmacies and P&T committees have a responsibility to avoid this risk. Reviews of the fundamentals of the P&T committee’s mission, goals, and objectives should be performed at regular intervals, along with an assessment of emerging threats to patient safety, such as the introduction of a pathway for the use of drug substitutes when a shortage occurs. Not only do legal threats arise from the increased use of drug substitutes; they could also soon come from financial pressures brought on by emerging health care delivery models in the public and private insurance markets.