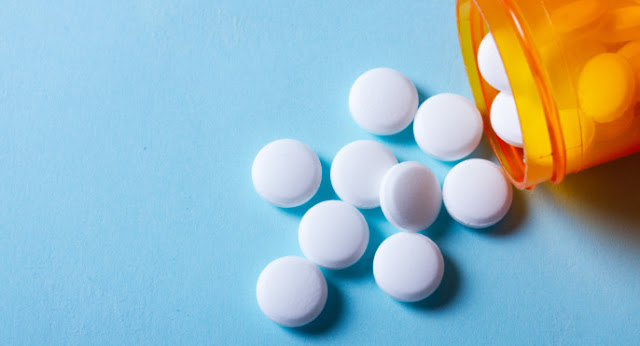 So much to write, so little space. A real challenge for healthcare professionals (HCPs) and responsible healthcare organization operating committees like P&T is walking back care delivery and pharmaceutical prescribing practices that have existed for more than a century. Numerous lawsuits have been brought and some settled in 2019 already against manufacturers or distributors of opioid products. Such legal actions have brought together numerous diverse stakeholders that sought to toughen stances on promotional practices as well as utilization by HCPs in all care delivery or management settings. As a result, swift action by the judicial system and law enforcement led to rapid action among care delivery, HCPs, managed care, and the drug supply chain to toughen criteria around the appropriate use of opioids. To provide an historical perspective along with establishing where the healthcare marketplace is at in late 2019 regarding opioid use, this article explores both and addresses what to expect going forward.

Opium used to be called laudanum, which comes the Latin laudanum, which means “praise the Lord.” 1 .A promotional theme resulted in Thank the Lord for giving us opium (morphine). But the ubiquity and deadly action of opioids has created an epidemic of opioid deaths. According to the Centers for Disease Control and Prevention (CDC), 64,070 Americans died of drug overdose in 2016. Heroin was responsible for 15,446 of those deaths, while synthetic opioids like fentanyl claimed 20,145 lives. Other natural and semisynthetic opioids killed 14,427.

A recent report 2 issued by the Substance Abuse and Mental Health Services Administration (SAMHSA) found that in 2016, 11.8 million Americans misused opioids, including both street drugs like heroin and prescription drugs, such as hydromorphone (Dilaudid), oxycodone (OxyContin, Percocet, Percodan) and morphine. This is not our first opioid crisis. In January 1889, the British Journal of Psychiatry published a letter said to have been written by a “young lady laudanum-drinker” to her doctor. The writer tells of taking laudanum, a tincture of opium, to cure her insomnia, then of her resulting torpor, desperation for more doses, and (horrifying, by Victorian standards) indifference to housework. Finally, she describes quitting (“I don’t like owning to bodily suffering, but will not deny that I suffered”) before chastising the doctor and his colleagues for allowing this to happen. 3 https://www.ptcommunity.com/journal/article/full/2019/12/opioid-crisis-and-what-has-been-learned 1/8 5/25/2020 The Opioid Crisis and What Has Been Learned | P&T Community

The root of cause of epidemic rests in the overprescription of opioid pain medications. According to the CDC, prescriptions for opioid painkillers quadrupled in the United States between 1999 and 2014, despite no increase in reported prevalence of pain. Between 2010 and 2012, there were up to 81.2 opioid prescriptions issued per every 100 people in the United States, according to a July 2017 report in the CDC Mortality and Morbidity Weekly Report. Below are three hypothetical remarks that encapsulate central features of the dynamics of the opioid epidemic as we now have come to understand them. “Oxycontin is not addicting, and your patients will sue you if you don’t treat their pain.” That was the marketing cry of Oxycontin, (Purdue Pharma), who partnered with (and indemnified) Knoll/Abbott 4 and promoted Oxycontin, a strong opioid, oxycodone, a drug first synthesized in 1915, for just about any type of pain, including minor and self-limiting pain conditions, conditions that time and body healing would result in no pain. The instructions for Oxycontin were to give it around the clock for 2 to 4 weeks. You know what happens after 2-4 weeks of a strong opioid? Dependence (withdrawal without the drug) and tolerance (patient needs more drug). Even when the initial painful condition has healed and no more physiological pain is generated, the patient continues to feel the need the opioid and at higher doses, just to prevent withdrawal. Purdue was the defendant in hundreds of product liability suits almost 20 years ago and brags that it never lost a case (they never went to trial). Liability claims against Purdue included defective design, over promotion, and inadequate warnings. The defective design involved the biphasic ACROContin mechanism, a bi-phasic release followed by a more sustained release of the active ingredient. 5 It was claimed to be a ‘controlled release’. It differed from the precedent MS Contin (morphine controlled release), which did not have the initial boost of 40% of the oxycodone with each tablet. In court testimony, Dr. O’Donnell has testified that the immediate release of 40% of the total dose of the Oxycontin substantially increased the risk of dependence and abuse, created by the rapid high dose of oxycodone. Other legal claims against Purdue include promotion of Oxycontin for first-line treatment of painful conditions (World Health Organization) 6 , claims of non-addiction, psuedoaddiction (a term created by Purdue consultants), and an inadequate patent. Besides the civil product liability lawsuits, Purdue was charged and plead guilty to overpromotion and paid a $600 million fine. 7 A highly respected pain management specialist who was a frequent spokesman for Purdue and Oxycontin, Russell Portenoy, MD, “drove a movement to help people with chronic pain. He campaigned to rehabilitate a group of painkillers derived from the opium poppy that were long shunned by physicians because of their addictiveness.” 8 Now, Dr. Portenoy and other pain doctors who promoted the drugs say they erred by overstating the drugs’ benefits and glossing over risks. He and other “experts” for Purdue preached that less than 1% of opioid users became addicted, the drugs were easy to discontinue, and overdoses were extremely rare in pain patients. “Did I teach about pain management, specifically about opioid therapy, in a way that reflects misinformation? Well, against the standards of 2012, I guess I did,” Dr. Portenoy said in an interview with the Wall Street Journal. “We didn’t know then what we know now.” https://www.ptcommunity.com/journal/article/full/2019/12/opioid-crisis-and-what-has-been-learned 2/8 5/25/2020 The Opioid Crisis and What Has Been Learned | P&T Community History has certainly proven Portenoy and Purdue wrong, and Purdue has been the #1 target in the nationwide litigation to recover societal costs associated with the opioid epidemic. Recently, Purdue announced settling their liability for $12 billion dollars, a figure described by many as inadequate, considering the societal scourge fueled by Purdue and its owners, the Sackler Family. Some opioid manufacturers have reached a settlement with two Ohio counties for $267 million rather than face trial and an uncertain and potentially higher verdict amount. A $48 billion settlement continues with discussions in the nationwide opioid lawsuit in federal court in Cleveland. Other litigation is pending or settlement(s) being determined versus large for their alleged contribution to the opioid epidemic so litigation remains a fluid situation through 2019 and into January 2020. “Doctor, I don’t want you to prescribe opioids for my pain after surgery.” The opioid epidemic and fear of addiction mems many patients are demanding that they not be prescribed opioids, yet (medical) sense dictates that opioids be used (at least initially) to relieve certain pain, especially post-surgically as reflected in the late 2017 American College of Surgeons Opioid Task Force guidelines and patient education materials. Part of the ACS Guidelines provides information and protocols for non-opioid analgesics for post-surgical pain. Part of the problem has been excessive amounts of opioids prescribed for conditions with time limited pain conditions. ACS and other authorities, as well as several state medical regulatory bodies have recommended or set limits on the duration / amounts of opioids prescribed. “Doctor, why did you prescribe 100 Vicodin tablets for my wrist fracture”? Many patients heard from their doctors, nurse, or pharmacist that “you have good insurance” when they received prescriptions of 100 pills or more. Excess opioids in medicine cabinets leads to overuse, overdose, pediatric poisoning, and diversion. Now limits are being placed on the number of opioid pills that can be prescribed at one time. Needless to say, there is plenty of blame to go around for the overly generous—and harmful—prescriptions, include large health systems, pain clinic operators, pharmacies, wholesalers, and managed care organizations. They all profited, in various ways, from these prescriptions.

And now to the fentanyl problem. What does fentanyl have to do with legitimate opioid prescribing? Remember the patient who becomes dependent after a relatively short exposure (2-4 weeks)? Prescribing strong opioids for severe pain is appropriate. But when weaning or discontinuation is done too quickly, people may still be in pain or have become dependent on opioids. They may turn to illegal sources (the street), only to find the source of illegal prescription opioids shrinking and quite costly (no insurance pays for the illegal drugs!). As a result, many patients turned to the street for a cheaper opioid source, i.e., heroin, to satisfy their analgesic and drug dependency needs. Yes, they have now become people with a severe substance abuse disorder problem. That is how substance use disorders come to be; stop prescribing opioids to a dependent patient. https://www.ptcommunity.com/journal/article/full/2019/12/opioid-crisis-and-what-has-been-learned 3/8 9 10 11 5/25/2020 The Opioid Crisis and What Has Been Learned | P&T Community Enter the Chinese fentanyl manufacturers. They supply the Mexican drug cartels, which added fentanyl to heroin or used it as substitute for heroin. When fentanyl was introduced, the opioid epidemic mushroomed with an explosive number of overdoses, taxing EMS services, police, and emergency departments. Surprisingly (at least to these writers), news of opioids overdoses and deaths increased the demand for that drug dealer’s product to achieve the intense heroin high sought by drug addicts. The burden associated with the opioid crisis in the U.S. continues to impact communities, including hospitals and healthcare providers. A systematic review of what is known about what works to prevent prescription and illicit opioid overdoses was published in November 2019 by Haegerich et al in Drug and Alcohol Dependence. Interventions studied led to 11 recommended actions to mitigate the opioid epidemic. The interventions included: 1) state legislation and regulation; 2) prescription drug monitoring reporting programs (PDMPs); 3) insurance strategies; 4) clinical guideline implementation; 5) provider education; 6) health system interventions; 7) naloxone education and distribution; 8) safe storage and disposal; 9) public education; 10) community coalitions; and 11) interventions employing public safety and public health collaborations.

There clearly are many perspectives and a long history behind how the opioid crisis emerged over decades in the U.S. Importantly, it is the application of an historical perspective that underscores the complicity of multiple parties, the slippery slope of prescribing policies, importance of the intersection of patients and HCPs around pain management, the economics of prescribing care, drug supply chain, the profiteering against the social good, and the ineffective governmental oversight of multiple stakeholders across multiple federal or state agencies. Going forward, it’s likely the focus on opioids will continue as HCPs, P&T committees, and public health or safety entities will continue with collaborations for sustained improvement around this crisis. Scaling effective interventions that have been shown to work will be critical to combating the current epidemic and avoiding another one. Lessons learned from the past can inform us for a better future. Just as we are gaining ground on the opioid crisis, we already have another chance to apply the lessons learned on the fast-growing vaping crisis. For P&T committees and HCPs, the questions now being asked is how best to avoid or proactively address similar situations that can emerge from the tsunami of technologies entering the market from multiple technology entries. What could have been done or foreseen so that a public health crisis would be mitigated more effectively or eliminated at the start is where historical lessons need to be taught and reinforced through earlier interventional actions by all parties collaboratively. Disclosures: James T. O’Donnell testified as an expert against Purdue Pharma and frequently testifies in opiate/opioid toxicity/overdose matters; Vogenberg has nothing to disclose.