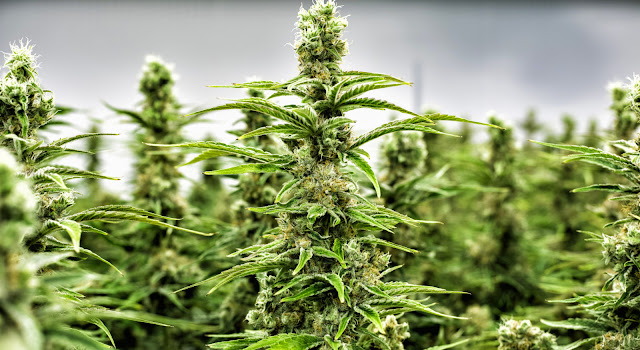 Cannabis (marijuana) is classified as a schedule-I controlled substance, currently not accepted for medical use and with a high potential for abuse. As stated in a previous P&T article, although marijuana remains illegal at the federal level, 33 states have legalized its medical use for certain indications and 10 have legalized its recreational use.1 Among those states are differing laws that regulate the possession or supply of usable marijuana, with certain states providing more flexibility than others when it comes to using medical marijuana. Following the 2018 Agriculture Improvement Act, which created a new category of cannabis classified as “hemp,” thereby removing it from the Controlled Substances Act, the Food and Drug Administration (FDA) has announced new steps to advance consideration of the lawful marketing of cannabis and cannabis-derived products under existing authorities.2 Such action could include cannabinoid products (oils, foods, and candy) that currently are mostly unregulated or only routinely monitored compared with prescription drugs.
The growing liberalization of marijuana use is accompanied by multiple clinical claims supporting the potential therapeutic benefits of medical marijuana on health outcomes. It also introduces discussion not only among health care providers and hospital systems regarding their independent regulation and distribution policies and procedures but among those commercial-plan sponsors who are responsible for a safe, regulatory-compliant workplace. Such sponsors include self-funded entities like hospitals themselves and most industry types with various legal or regulatory oversight responsibilities to state and federal government agencies. Hospitals, as plan sponsors and care providers, are now forced to navigate the regulatory and political considerations of medical marijuana and establish a philosophy on its internal and external use for their facilities.
Go to:

The permitted use of medical marijuana varies from state to state. Indications include cancer, glaucoma, HIV/AIDS, hepatitis, post-traumatic stress disorder, amyotrophic lateral sclerosis, fibromyalgia, Tourette’s syndrome, peripheral neuropathy, cachexia, severe and chronic pain, severe nausea, seizures (including epilectic seizures), and persistent muscle spasms (including those that are characteristic of multiple sclerosis). The FDA has approved only two products: dronabinol (Marinol®, Abbvie), for cachexia in HIV and chemotherapy-induced nausea and vomiting in cancer; and cannabidiol oral solution (Epidiolex®, Greenwich Biosciences), for seizures associated with Lennox-Gastaut syndrome and Dravet syndrome. Other conditions are subject to approval by state departments of health and social services. More liberal states allow the use of medical marijuana to treat any disease for which the drug provides relief for the individual. Qualified patients or their registered designated caregivers can obtain marijuana products from a registered medical marijuana dispensary.1
While several states have approved the use of medical marijuana for a number of conditions, this does not equate to its proven efficacy. As stated earlier, the FDA has approved marijuana’s safety and efficacy for only two indications. Research continues into demonstrating marijuana’s efficacy for many conditions, but only a few studies provide considerable evidence showing its effectiveness. Marijuana is a proven antiemetic, commonly used in adults with chemotherapy-induced nausea and vomiting. Clinical claims tout the pain reduction that adults suffering from chronic pain are likely to experience when treated with marijuana, although this has been challenged and is not based on any sound clinical study demonstrating efficacy. In light of today’s “opiate epidemic,” being treated with medical marijuana is an attractive “opiate-sparing” alternative, and in adults with MS-related spasticity, the acute administration of marijuana improves spasticity symptoms. Notably, however, the effects on these conditions are modest, and the use of medical marijuana for various other indications lacks supporting evidence, including randomized clinical trials.3
Moreover, emerging evidence suggests an association between marijuana use and anxiety, panic attacks, and psychosis/psychotic disorders, including schizophrenia.4 The latter association stems from case reports, surveys, and epidemiological and experimental studies demonstrating that marijuana use can produce acute and chronic effects that mirror aspects of the psychopathology and psychophysiology observed in schizophrenia. Acute exposure to marijuana can cause a variety of transient psychotomimetic symptoms, paranoia, cognitive deficits, and psychophysiological abnormalities that are similar to schizophrenia symptoms. Certain individuals may be predisposed to exhibiting these effects. In one study, marijuana significantly increased paranoia and negative affect (e.g., anxiety, worry, depression, negative thoughts about the self) and reduced working memory capacity. The authors concluded that marijuana triggers paranoid thoughts in vulnerable individuals, and suggested that the generation of negative affect and anomalous experiences was the underlying mechanism of action causing paranoia.3 Another study found that marijuana use is associated with greater odds for developing psychotic disorders, and daily use of high-potency marijuana increased those odds almost fivefold.5
According to the Diagnostic and Statistical Manual of Mental Disorders, Fifth Edition (DSM-5), symptoms of marijuana toxicity include clinically significant problematic behavioral or psychological changes (e.g., impaired motor coordination, euphoria, anxiety, sensation of slowed time, social withdrawal, etc.) that developed during, or shortly after, the use of marijuana. The presentation of at least two of the following symptoms, developing within two hours of marijuana use, is characteristic of toxicity: conjunctival infection, increased appetite, dry mouth, tachycardia, and symptoms not deriving from a general medical condition and not better accounted for by another mental disorder. Marijuana toxicity is the cause of many emergency department (ED) visits each year and the frequency of those visits appears to be on the rise in states that have legalized marijuana use.
Following legalization in Colorado in 2012, ED visits associated with marijuana use tripled over the next five years. Patients commonly presented with severe panic attacks and episodes of psychosis. Inhaled marijuana was linked to a higher rate of hospitalizations, mostly from cannabinoid hyperemesis syndrome, a serious vomiting condition associated with heavy cannabis use. Visits attributable to edible cannabis were more commonly associated with acute psychiatric episodes, including panic attacks, psychosis, and acute exacerbations of schizophrenia.6
Go to:

For health plans or self-funded plan sponsors (employers, municipalities, unions), the advent of state-legalized marijuana and the wide availability of cannabidiol (CBD) products has created not only a health-care benefits issue but also a legal conundrum around workplace safety or employment policy compliance.
Products containing CBD are not considered to be prescription products and are not sold exclusively in pharmacies, so benefit coverage itself is not an issue. However, CBD can be detected in routine and mandatory screenings of employees for workplace safety or employment. This remains a murky area of law depending on the state, the federal laws issued, or the workplace policies and procedures that have been put into effect.
Medical marijuana, other than the prior list of prescription products, has similar issues to CBD. Because the Employee Retirement Income Security Act of 1974 (ERISA) covers self-insured employer plans, federal law affects the coverage provisions that are available to those plans. For state-licensed health plans, health care benefit plan rules––if there are any––may be determined under applicable state law. For commercial insurance plans in general, medical marijuana coverage remains limited as a result of the federal law’s current standing and the Department of Justice position on the matter. Because hospitals are employers and also provide care to their employees, they have a dual perspective: as employers, there are personnel and employee benefit-compliance issues; as providers, actions brought about by the deliberations of their internal pharmacy and therapeutics (P&T) committee and benefit plan administrators (e.g., pharmacy benefit managers and other third-party payers) can have an unintended impact on the organization.
Go to:

WHAT’S A P&T COMMITTEE SUPPOSED TO DO?

With the fast-changing landscape surrounding marijuana use and legality, hospitals and other health care entities must update their policies and procedures regarding the use of medical marijuana in their facilities. Although cannabis is legal in certain states, its current classification by the federal government as a schedule-I controlled substance makes discussions challenging. The impact of state-specific regulations for marijuana accounts for the variety of policies and procedures addressing the use and possession of medical marijuana. These policies range from tightly controlled use to sanctioned self-therapy during hospital stays. Hospitals are now compelled to present their philosophy (either from a political or medicinal perspective) on medical marijuana and its place in their facility.
Considerations should also include discussions regarding patient demographics (i.e., whether the hospital treats a particular demographic with a higher rate of medical marijuana use); specialization in indications that would qualify for medical marijuana use; and whether the facility receives federal funding that could be affected by permitting medical marijuana use. Nearly all hospitals in the U.S. contract with the government through federal–state jointly funded programs as Medicare providers and/or with states as Medicaid providers. Any program that is designed to allow patients to use medical marijuana (or any program that gives a facility possession of medical marijuana) violates Medicare participation and could invite sanctions, so long as medical marijuana remains illegal at the federal level.
Further considerations include whether hospitals will allow smoking (most of them forbid any use of tobacco products as they are a fire and health hazard) and whether they will continue to ban/severely limit the use of dietary supplements brought in by patients. Will a special exception be granted, or rules changed, to accommodate the growing number of people claiming that medical cannabis is beneficial to them? And, if such an exception were made, what liabilities and other legal complications (e.g., potential theft of cannabis by staff) might complicate the P&T committee’s efforts to guarantee the safe and effective use of “medicine” in their facility?
Go to:

As marijuana legalization and use expands across the U.S., health care systems (hospitals), as providers of care and employer-plan sponsors, are struggling to keep abreast of the changes or trends in regulations or law. Regardless of the state laws to date, marijuana and derivatives with a high concentration of tetrahydrocannabinol (THC) are still classed federally as schedule-I controlled substances. Hospitals have to provide their stance on the clinical use of marijuana while simultaneously addressing compliance issues with potentially divergent state and federal laws, as well as their own financial, operational, and political affiliations. The policies and procedures must also take into account patient rights and interests in cases where a patient may be an employee of the hospital.
Considering the federal illegality of marijuana and other imposed limitations on its use in general; the limited evidence for its clinical efficacy; and the myriad psychological adverse events, including anxiety and psychosis, it is advisable to proceed with caution when establishing or revising policies and procedures regarding coverage of marijuana and/or CBD products in managed care organizations, or their approved use within the range of organized care settings.
Go to:

Disclosure: Dr. O’Donnell consults in drug injury litigation. Dr. Vogenberg reports no financial or commercial interest in regard to this article.
Go to: